Putting a Halt to Cancer 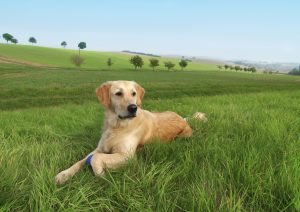 People often say that cancer sucks. It is a pretty crude saying, but I am not sure there is a more simple and accurate description of cancer. I often repeat this same phrase when I discuss a cancer diagnosis in pets with pet owners. Some cancers seen in pets are impossible to prevent or to diagnose and treat before it is too late attempt to a cure. I would like to focus on the many cancers that can be prevented or cured if diagnosed early.

Prevention of some cancers can begin early in life for dogs and cats. Spaying female pets is not just to prevent unwanted puppies and kittens. Spaying (ovariohysterectomy) prevents ovarian cancer, uterine cancer, and breast cancer. Neutering (orchiectomy) male pets prevents testicular cancer. Although most male dogs I see in my practice are neutered, testicular cancer is relatively common when male dogs are left intact. I hear a lot of excuses for not spaying and neutering, but I make sure pet owners know about these completely preventable cancers if pets are left intact.

Over the last 10-20 years there have been many advances for early detection of cancer in people. Colonoscopy screening detects colon cancer in the earliest stages before any clinical signs are even noticed. Routine mammograms can detect cancerous lumps before they can be detected on physical exams. A rise in PSA during routine screenings can cause enough concern to have prostate biopsies to look for prostate cancer. The increased survival seen by patients with these cancers is primarily due to early detection. We really don’t have specific screening tests like these for pets. The best thing pet owners can do for their pets to try to detect cancer at an early, curable stage is to take their pets in to their veterinarians for regular exams, as well as having their veterinarians check any new lumps quickly after being noticed. A thorough examination of your pet by a veterinarian can detect problems often not noticed by owners, but I often have owner bring pets in for lumps they have noticed at home just by regular petting and grooming.

The most common types of cancers we see in pets are those involving the skin and tissue immediately under the skin. Many of these lumps and bumps are benign or even non-cancerous, but the point is that if one is malignant early detection is needed to hope for a cure. Often a simple needle aspirate can be done to diagnose these lumps to determine if they need surgically removed and if they need removed it helps to tell me how aggressive the surgery needs to remove the entire cancer. A needle aspirate can be done without sedation and is not any more painful for your pet than a vaccination. Your veterinarian may be able to tell within minutes in the office if the lump needs removed or if it is something that can be left alone. If there is any doubt, the sample acquired with the needle aspirate can be sent to a veterinary pathologist to be evaluated. These results are often known within just a few days.

Recently, I attended the Indiana Veterinary Medical Conference and attended a series of oncology lectures by Dr. Sue Ettinger. Dr. Ettinger has been attempting to set up some parameters to help veterinarians and pet owners know when a lump should be checked out. She calls the guidelines that she has proposed “See Something, Do Something”. “See Something” refers to either pet owners or veterinarians observing a mass that is the size of a pea (1 cm) or larger and that has been there for at least one month. Once this has been noticed, the “Do Something” refers to either doing a needle aspirate of it or getting a biopsy of it and then treating accordingly if treatment is required.

The most common skin tumors in dogs are more likely to be benign instead of malignant by a ratio of 2:1. The most common skin tumors in cats are the opposite with malignant masses more common than benign masses by a ratio of 2:1. As stated before though, even the malignant masses can often be removed completely as long as they are treated when they are small enough to allow surgical removal with wide margins. So, if you see something with your pet, do something sooner rather than later.