A Couple of Soldiers’ Stories 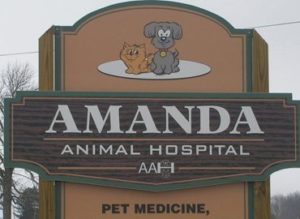 Last month, I attended the Purdue University Fall Veterinary Conference. I try to go to this every year for a few reasons. First, it gets me away from the scarlet and gray colors that permeate every possible thing in the state of Ohio. I love getting to see the black and gold of Purdue University. Second, I attend educational lectures to hear all the latest and greatest advancements in veterinary medicine and surgery. This year I learned a few things new about treating eye problems and liver disease. The highlight of this conference every year for me though is the Dr. Jack and Naomi Stockton Lecture, in honor of the Dean of the veterinary school who was there while I was in school. This lecture always has an incredible speaker and this year was no different.

James Giles, DVM is a recently retired Lieutenant Colonel in the U.S. Army. His lecture was titled “The Role and Medical Management of Military Working Dogs in Combat”. Initially, he served in the Airborne Special Forces and then left to pursue his civilian career as a veterinarian. Soon after, he had been talked into returning to the military as a veterinarian caring for military service dogs. His last post before retiring was as the Chief of Surgery for the Department of Defense Military Working Dogs Veterinary Service. During this time, Dr. Giles was heavily involved in setting protocols for the medical care of Military Working Dogs (MWDs).

Dr. Giles began by discussing the roles these MWDs performed in combat. Many of these dogs are trained to be Detection Dogs. These dogs are trained to work almost exclusively off leash and are breeds known to have an incredible sense of smell. They are trained not only to detect explosives set to injure military personnel, but also drugs that are often sold to finance the enemy. These dogs often have multiple handlers while in the military. Often these handlers are regular enlisted military personnel, but they may even be non-military contract workers. They work far ahead of the handlers to find hidden explosive traps and have been so effective that enemy snipers are told to kill these service dogs. The enemy even goes so far as to have bounties on the head of some of the more effective dogs.

Dr. Giles then began talking about some of the handlers and dogs he personally cared for when he was serving in Afghanistan as Senior Veterinary Surgeon in 2011-2012. He recounted several injured dogs and injured handlers during his time there, often struggling to get the words out. He mentioned that even after giving this talk many times, he had yet to get thru it without getting emotional. There were too many dogs and handlers that didn’t make it home. Others were severely injured. He talked a lot about a dog named Lucca K458 and her handler.

Lucca, a German Shepherd/Belgian Malinois mix, served in the military as a Detection Dog. She served in the U.S. Marine Corps for 6 years, which included two deployments to Iraq and one deployment to Afghanistan. During this time, she led 400 patrols saving many lives with her ability to detect explosives before they could injure anyone. Not a single service member was injured on any of those 400 patrols. On March 23, 2012 Lucca located a hidden explosive, but as she began searching for more a second, booby-trapped explosive went off. Lucca suffered burns to her body and a severe injury to her front, left leg. Because of the quick reaction of her handler, the bleeding was controlled and she was medically evacuated very quickly. Although she unfortunately had to have her injured leg amputated, she recovered quickly at Camp Pendleton and was up and walking again within 10 days. Shortly after this injury, Lucca officially retired from military service and is living out her retirement as a family pet. I am sure that family considers her a part of their family, but for the soldiers that owe their lives to her incredible service, Lucca is a soldier thru and thru. In her retirement she continues to serve by being an ambassador for the Military Working Dog program as well as visiting with and providing comfort to soldiers injured in the service of their country.

April 5, 2016 Lucca was awarded the PDSA Dickin Medal that has been awarded yearly since 1943. This is Britain’s highest award for valor by military animals and Lucca was the first U.S. Military Working Dog to achieve this honor. For more on Lucca’s story, visit her Facebook page by looking for Lucca K458.